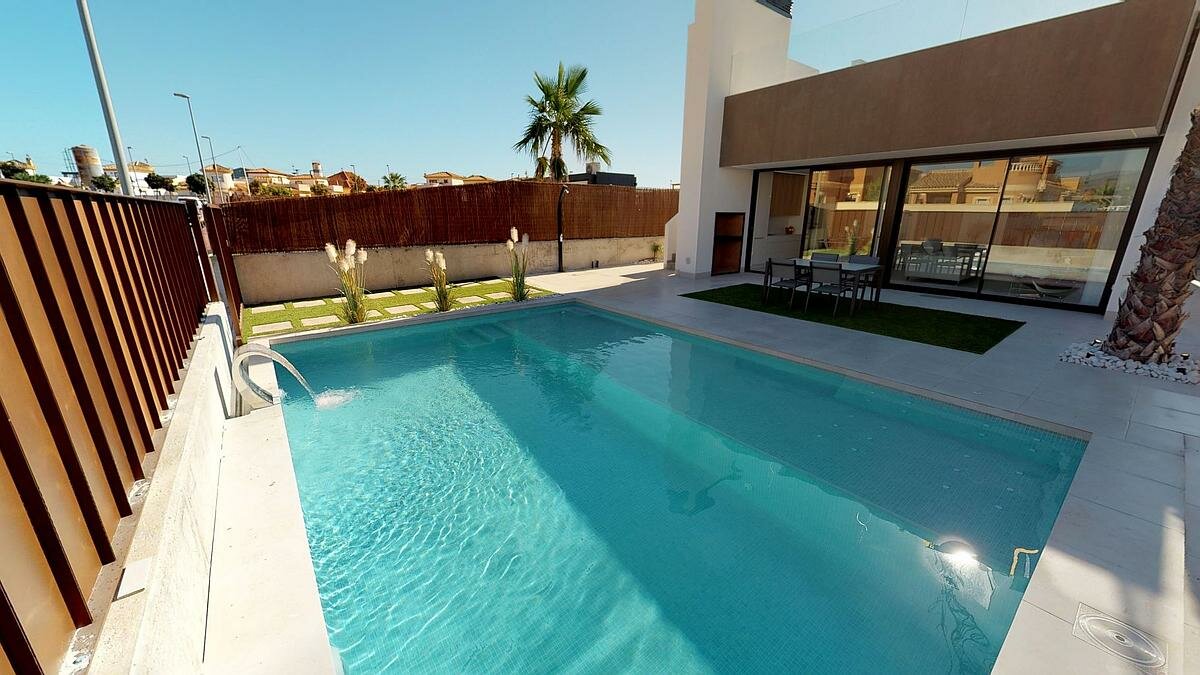 San Javier is a medium-sized town, whose boundaries also include Santiago de la Ribera on the shores of the Mar Menor. San Javier has grown in size and has merged with the town of San Pedro del Pinatar to the north.
San Javier has an interesting museum to visit, called the Museo de San Javier. It contains information about the history of the town and more surprisingly an aeroplane!! There are various exhibition rooms which are dedicated to different topics such as nativity scenes, agricultural and fishing implements and lots of books, charts and displays relating to the Spanish air force, for which San Javier has been a base for many years. The town centre is based around the church and the weekly street market is held every Thursday morning in the streets near to the Parque Almansa Auditorium. The town is becoming well known for its Jazz Festival which it has hosted every year since 1998. The Festival is declared as being of Regional Tourist Interest and is normally held during the month of July in the Parque Almansa Auditorium.
On the outskirts of San Javier, near Lo Pagan, is the modern Dos Mares shopping mall. There is ample free car parking and all the usual selection of shops including an extremely large Eroski, eateries such as Burger King and McDonalds and entertainment in the form of a cinema (all films in Spanish), skittle lanes, pool tables and other games. The Dos Mares is a great rainy day option, or you can visit just to shop, eat and enjoy the activities.