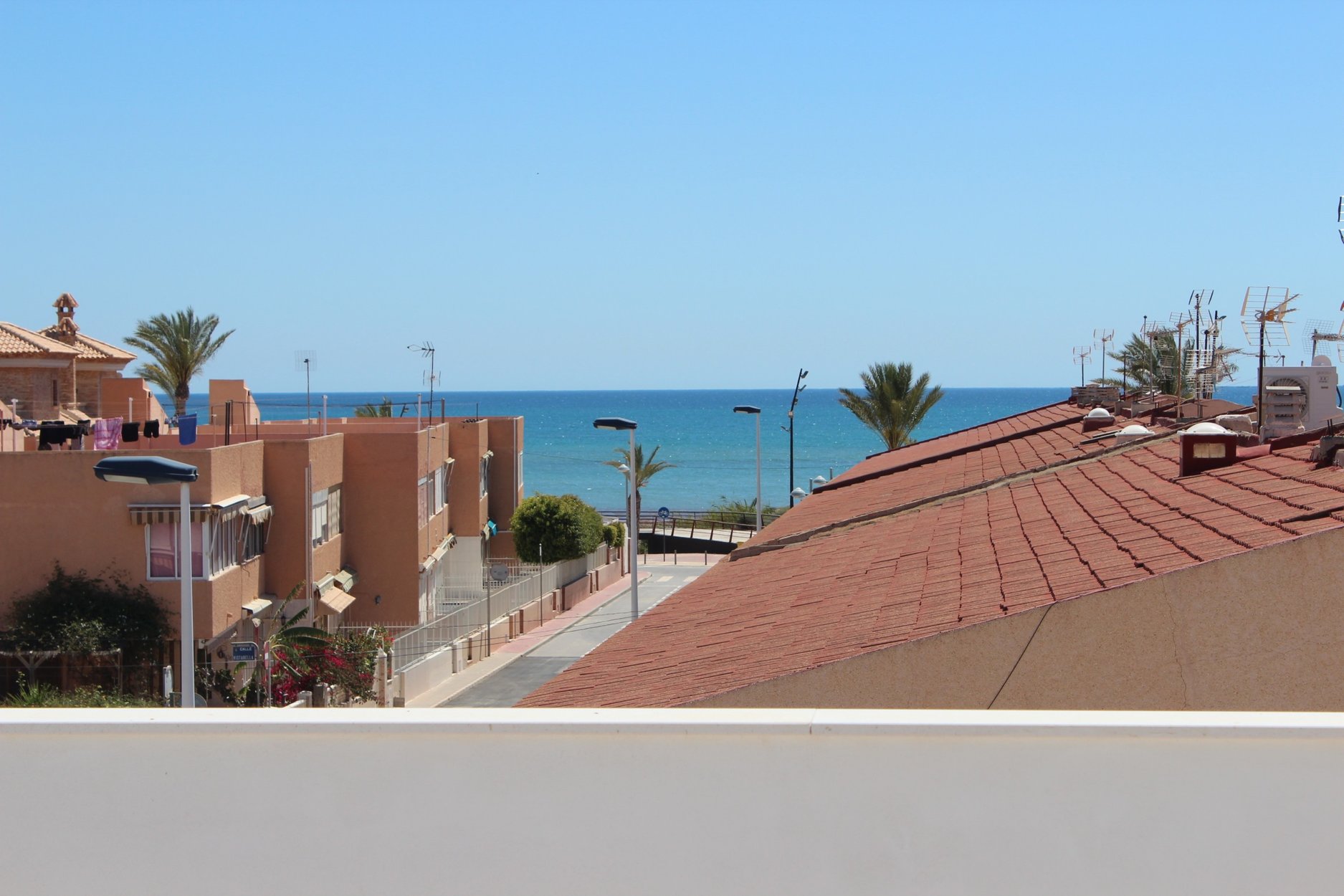 The Playa del Mojon is a beach open to the Mediterranean Sea at the heart of El Mojon .
It has an adjacent promenade and is located on the edge of the Parque de las Salinas and Arenales de San Pedro del Pinatar . After a small channel of separation is the beach of the Tower knocked down to the north of the park.
In the extreme north it borders on the homonymous beach of Pilar de la Horadada and the beach of Higuericas in the coastal hamlet of Torre de la Horadada in the Valencian Community.

The Mojón is a town that is next to the sea , for many years their homes belong on one side to the province of Alicante and on the other to the Region of Murcia . In this way it is a pedanía dependent on the municipal term of Pilar de la Horadada of the province of Alicante, in the Valencian Community, Spain; while the other part of the town belongs to San Pedro del Pinatar , of the Region of Murcia , Spain; limiting south with the natural park of the Salinas and Arenales of San Pedro del Pinatar.